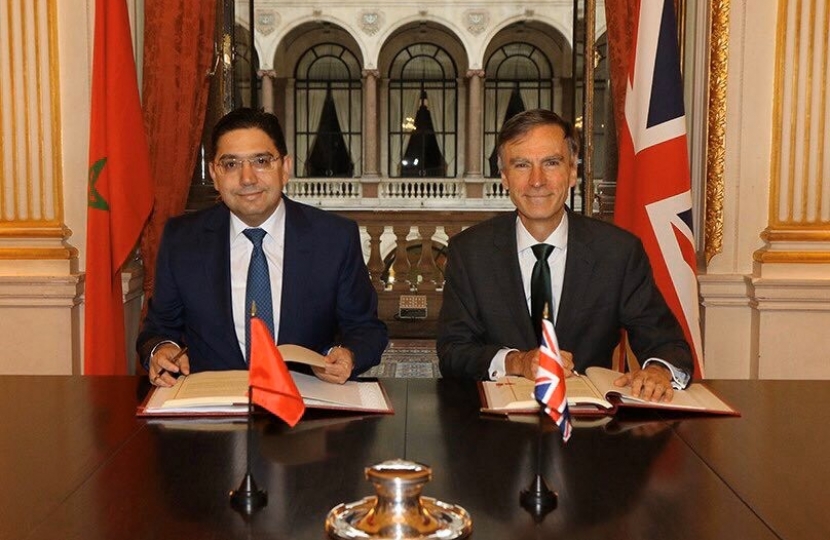 Minister of State for the Middle East and North Africa and local MP Andrew Murrison signed an Association Agreement and Political Declaration on Saturday at the Foreign Office with Moroccan Minister Nasser Bourita.

The agreement sets out the post Brexit trading relationship between the two countries and anticipates a broader and deeper relationship across a range of policy areas in the years ahead.

“Minister Bourita and I agreed that, although the two Kingdoms are already close friends of long-standing, we can look forward to an even brighter future together. The agreement signed today heralds an exciting new chapter in a relationship going back 800 years.”

Andrew’s long-standing interest in Morocco originated in the significant community of Moroccan descent in Trowbridge in his South West Wiltshire Constituency. He has also served as Chairman of the All Party Parliamentary Morocco Group and as Prime Minister’s Trade Envoy to Morocco.

Photograph: Andrew Murrison and Nasser Bourita at the Foreign Office