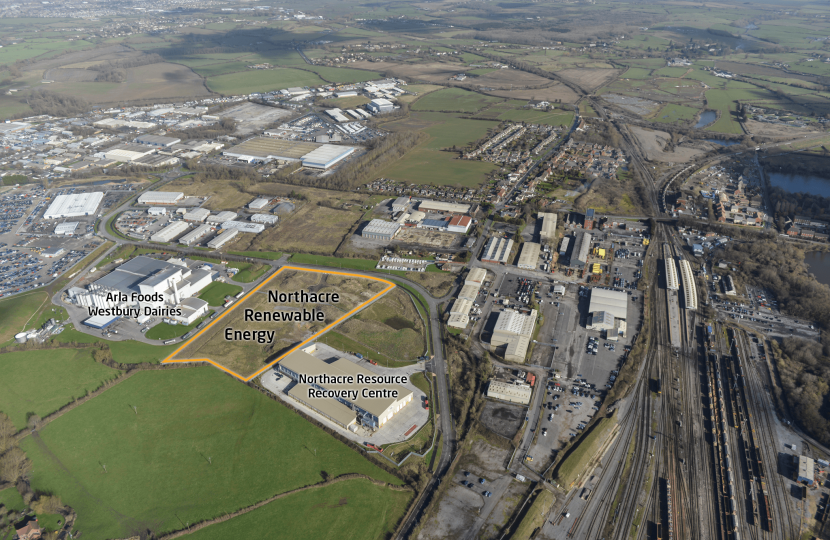 Andrew has today written to Wiltshire Council to express his opposition to a planning application to construct an gasification plant in Westbury and an associated waste sorting station. He is also tabling a written question to the Health Secretary about Public Health England's assessment of health risks from emissions and particulates released by municipal energy plants. He said:

"I have studied the evidence published to date and agree that, from what's been reported, the risks to health from emissions in plants like this do appear to be low. However, they cannot be ruled out altogether, which means the precautionary principle should apply to applications like this that involve sites close to residential areas. Where there's doubt, incinerators, pyrolysis, and gasification plants should be located as far from human habitation as possible, not right on top of it. With new energy processes comes risk, and I can see no reason why our local community should be made to take such a risk with the health of their children and families.

"It's also important to point out that most of the waste, if the proposed plant became fully operational, would travel long distances to get to Westbury. The town has no bypass which means more heavy traffic along the A350 right through the middle of Westbury where, in places, air quality is already poor. More heavy lorries belching fumes as they cart the region's waste though the town centre is just not on."