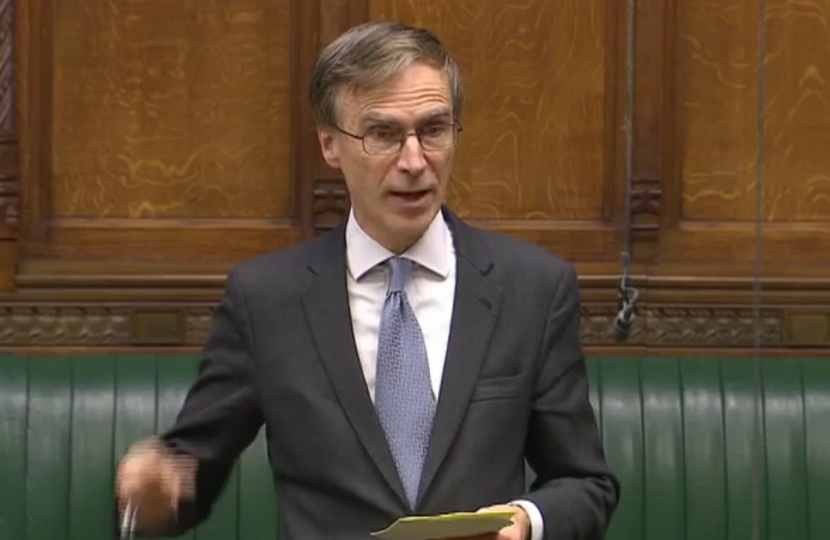 Yesterday, Andrew spoke in the debate on the Health Service Medical Supplies (Costs) Bill, urging caution over a Lords amendment to make the Government control drug prices, and that drugs reach patients soon after being approved.

Andrew said: "It is vital to ensure that we roll out novel medicines much faster. It is wholly unacceptable that many products that are routinely available in western Europe are not available in the UK within a reasonable timeframe. It is hardly surprising that healthcare outcomes for common forms of disease in this country lag behind those in countries such as France, Germany and the Netherlands. I hope that the Bill will go some way to ensuring that we spend our moneys as effectively as possible and will start to narrow that gap, but we must ensure that medicines are rolled out rapidly once they are approved by NICE on a cost-effectiveness basis.

"I shall speak briefly to Lords amendment 3, but first I chastise the hon. Member for Ellesmere Port and Neston (Justin Madders), if I may, for his remarks about money. He is right to say that this is all about money, but I seem to remember that less than two years ago, he stood for election on a manifesto that would have had the effect of opposing the money that is currently going into the national health service, so we should not take any lessons from the Labour party on financing the NHS.

"The Government are absolutely right to oppose this amendment. It looks a bit like a probing amendment, to be honest, and I am a bit surprised that it has got this far. It would subject this very good Bill to a whole shedload of judicial review. It would be a lawyers’ beanfeast. It bewilders me that people in this House who argue that the NHS needs more money, which it most certainly does, should support such a proposal when all the money would be going into the pockets of lawyers.

"NHS England must fund any new drug found to be cost-effective by NICE within 90 days of that approval. This afternoon, the NICE board will approve this new measure, which will establish a budget impact threshold of £20 million. The hon. Member for Ellesmere Port and Neston is right to say that about one in five drugs will probably be within scope of the measure, and that is a cause for concern. Patients in the UK do not enjoy the full range of advanced medicines that are reckoned to be more or less routinely available in countries with which we can reasonably be compared—or if they do, they usually find that they are subject to unwarranted delays before they are treated. That is of course critical in the case of conditions such as cancer, and could well mean the difference between life and death; it will certainly mean a whole load of difference in quality of life. It is vital that we do nothing that would extend that process.​

"In response to my earlier intervention, the Minister gave me sufficient reassurance that the delay that the measure would introduce would be small, and that this would be an opportunity for NHS England to negotiate a lower price for these very expensive medicines. Indeed, that is the intention. Given that, I am more than happy to support the Government on this. However, any delay at all will send a signal to those in the life sciences sector; it is important that we make it clear that this will not introduce unwarranted delays in the introduction of new medicines, because frankly that would put them off. A lot of worthy work has been done recently, which has involved spending a lot of money, to support a vital part of our economy, and it would be a great pity if anything in the Bill reduced our life sciences sector’s ability to prosper in the years ahead."