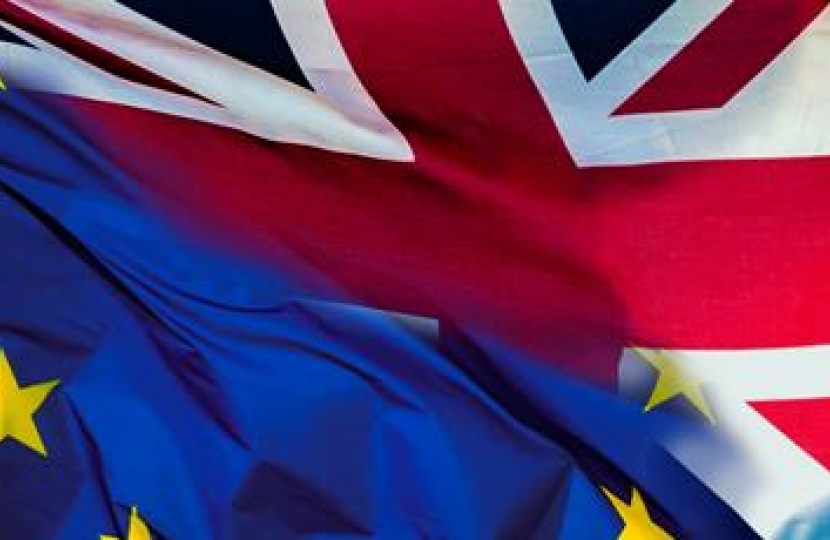 I appreciate, understand and respect strongly held views, reasonably expressed, on both sides of the Brexit debate.

However, we had a binary choice at the referendum. 57% of South West Wiltshire voters voted to leave the EU in 2016. I was one of them.

So called soft Brexit wasn’t on the ballot paper.  Indeed, campaigners on both sides made it very clear that Brexit meant leaving the Customs Union, Single Market and jurisdiction of the European Court of Justice. Last year my party and all of its candidates, now MPs, stood and won on a manifesto committed to doing just that. 80% of all voters at the general election backed parties pledged to leaving the EU. Not now doing so would be to hold the public in contempt. Democrats don’t do that.

The legislation already passed and that going through right now will make Brexit possible.

But I want to do better than that. I want a UK-EU free trade area that will position Britain to advance commercially with Europe and with partners much further afield. After all, we have always been a global trading nation.

The Chequers plan isn’t perfect. It won’t satisfy everyone. But if it’s a bottom line and not opening gambit it’ll just about do for me.

The plan is now being considered by the European Commission in advance of its summit in the Autumn. The time for froideur is over. It needs to understand what’s politically do-able at Westminster. If it rejects this plan, it’s going to be ‘no deal.’  The fault for such an abject political failure would lie with the EU, not with Mrs May and her administration. The UK government has jumped through hoops and over hurdles to craft something that is true to the referendum, that will protect and promote prosperity in the British Isles and continental Europe and that will deliver the wider benefits that close cooperation with good friends and neighbours generates.