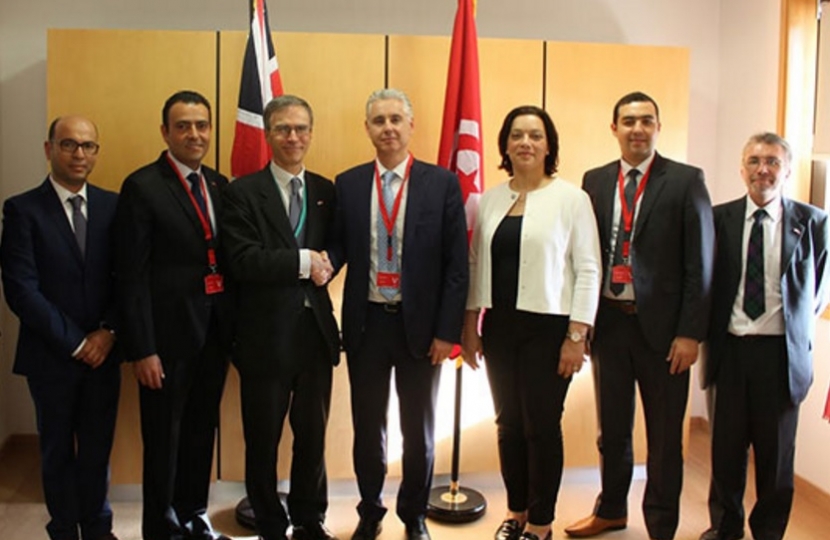 In 2016, I was appointed by the Prime Minister to the role of UK Trade Envoy to Morocco and Tunisia. As Deputy Chairman, and former Chair, of the All-Party Parliamentary Group on Morocco, I have been a long-standing supporter of North Africa.

With populations of 33 million and 10.8 million respectively, Morocco and Tunisia are exciting emerging markets and have great potential as trading partners with the United Kingdom and it is precisely these emerging markets which should be explored by the British Government ahead of our withdrawal from the European Union. It has been a real pleasure to represent the United Kingdom in these great countries and I continue to build close ties between our countries.