Speech on the NHS 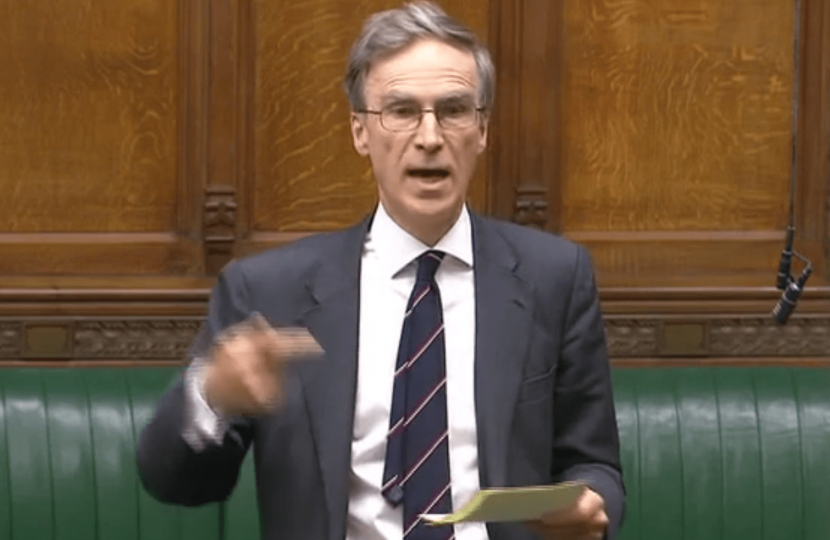 Today Andrew made the following contribution in a debate on the NHS:

It is always a pleasure to follow the hon. Member for Oldham East and Saddleworth (Debbie Abrahams). It is a privilege to be able to speak in today’s debate.

I start by echoing the comments by my hon. Friends the Members for Harrow East (Bob Blackman) and for High Peak (Andrew Bingham), in particular, and other hon. Members, about the digital economy Bill. I am delighted that the Minister for that business area, my hon. Friend the Minister for Culture and the Digital Economy, has just walked into the Chamber. This Government have done a splendid job in trying to roll out broadband. It is very difficult to make inroads into the last 5%, but the universal service obligation and the commitment to 10 megabits is absolutely right. I look forward, in particular, to my rural constituents and their small businesses being able to access 21st-century technology in the very near future. On behalf of those constituents, I thank the Minister for all his hard work.

I am a doctor, as you know, Mr Deputy Speaker, and I have to declare that interest since most of my contribution will be about healthcare. The Gracious Speech rightly began with the economy, however, and we found out why that might be over the weekend when Simon Stevens, the head of the NHS in England, made it very clear that without a sound economy one cannot have an effective healthcare system. That is absolutely fundamental to the delivery of public services in general, and particularly to the national health service. It is perhaps ironic that Simon Stevens was once a Labour councillor. I wonder what he would make of the financial illiteracy displayed this afternoon by Labour Front Benchers, who must answer the fundamental question about what they would want to spend on our national health service beyond Simon Stevens’ five year forward view. On a number of occasions they have been pressed on this matter and failed to come up with an adequate answer. I say ever so gently that Labour Front Benchers must answer the point being made by me and other hon. Members about precisely what figure they would be prepared to commit to our health service, since at the last general election they opposed the Government’s spending plans, and had they been in government now, enacting their proposals made only a few months ago, our national health service would have little chance of seeing the £30 billion overall extra spend to the end of this decade that it so desperately requires.

I very much welcome the commitment to the so-called seven-day NHS. As it happens, I was visiting a constituent in a busy hospital ward this weekend, and from the activity that I saw, it seemed that the NHS was working at full tilt. However, in some important respects, our health service is different at the weekends than it is midweek. It is absolutely right that the Government should be attempting to roll out Sir Bruce Keogh’s 10 clinical standards, particularly the four he has identified as most important in this matter. The seven-day working week is essential to being able to do that in a comprehensive fashion. I commend the Government for the efforts that they have put into this for the past several months.

I also welcome the commitment to dealing with sugar. We heard earlier about the perils of obesity and the time bomb, as it were, that this presents to the younger generation. If we are going to be true to our mission on public health and preventive health, it is absolutely right that we should send out the right message to those who sell fizzy drinks—sugary drinks—and ensure that we try to reduce consumption of those things.

The Secretary of State has a very tough job, in my opinion. He has to improve outcomes—which are not good in this country compared with countries with which we can reasonably be compared—and deal with increased public expectations, demographic change, and economic stringency. I am very pleased that I do not have his job. If I may say so, the strain is showing—on the national health service, I hasten to add, not on the Secretary of State—since we know from last week’s data that there is a £2.5 billion deficit that involves two thirds of trusts being in the red. That is set to endure, since we have a real issue in reconciling the money going into the national health service, welcome though it is, with the extra demands being put on the health service all the time through the demographic changes that I mentioned.

We are now 18 months into the five year forward view, and the £22 billion in savings looks challenging, to put it mildly. Those savings are predicated on a number of assumptions—in particular, a continuing input into public health—and yet, necessarily, the local government grant has been squeezed this year. According to the Health Foundation, we also have a £6 billion social care cost funding gap. All this impacts on health generically. Simon Stevens made his prognostications based on continuing spend on public health and on social services, both of which have been squeezed. I make no criticism of the Government on that, since it is absolutely necessary to deal with the economy, as I said in my opening remarks. It has happened, nevertheless, and therefore, I am afraid, undermines much of what Simon Stevens had to say. We need to bear that in mind when we assess how realistic is the £22 billion figure, which, by his own admission at the time, required what he described as a “strong performance” by the national health service.

“Five Year Forward View” talked of a “radical upgrade” of public health and prevention, stating that public health was its first priority. Many of us can remember the Wanless report by the late Derek Wanless, which said that improvements in public health and prevention were absolutely essential if his “fully engaged” scenario was to be enacted. The recent Carter review showed a considerable unwanted variation across our national health service. In this, there is some hope for squaring the budget, since if there such a wide variation across the national health service, there must surely be capacity to improve practice across the service and thus generate efficiencies. However, it appears that Carter has stalled, and we need to have a proper plan for the future on how the differences may be dealt with and, we hope, erased. Beyond some useful sharing data, it is not clear that Carter has been progressed in the way that we might want. I fear that if we do not give it a bit of oomph, there is a risk that it will go the same way as Wanless, which would be a great pity.

I very much support the seven-day-a-week national health service. As I have said in the past, I am not terribly convinced by the mortality data that underpin it. I am much more persuaded that we need to look at items of clinical service to underpin the argument for a seven-day NHS. I am thinking particularly of things like palliative care services. I am thinking about the fact that there are no routine endoscopy lists on a Saturday and a Sunday. That has huge implications for people who have had an upper gastro-intestinal bleed on a Friday, for example. The upper gastro-intestinal endoscopy example is a good one, since it touches on Bruce Keogh’s standards 5 and 6, which recommended endoscopy within 24 hours of a bleed. That is not happening in many of our acute hospitals. A lot of the remedy has to do with considering how to network hospitals, and perhaps reconfigure our national health service estate, in order to ensure that when people are acutely unwell they go to a unit that is capable of managing their healthcare needs in the most efficient and effective manner and ensuring that they have the very best chances of leaving hospital in good order.

We are faced with the reality of a healthcare system that is working at full tilt, and of which we are enormously proud, but delivers healthcare outcomes that could be better by international standards. Part of the reason is that we do not spend enough on healthcare. The reason I do not envy the Secretary of State for Health is that he is going to have to grip the reality that in this country we spend very much less than countries with which we can reasonably be compared—8.5% of our GDP compared with 11% in the Netherlands, Germany and France. I have no easy solution for that, but I do suggest, ever so gently, that we need to look a little more broadly at potential solutions. We could think, perhaps, of having a non-partisan commission that may grapple with this extraordinarily difficult and complex matter, because one thing is for sure—the institution that is held most closely in the public affection is our national health service, and we must fund it properly.