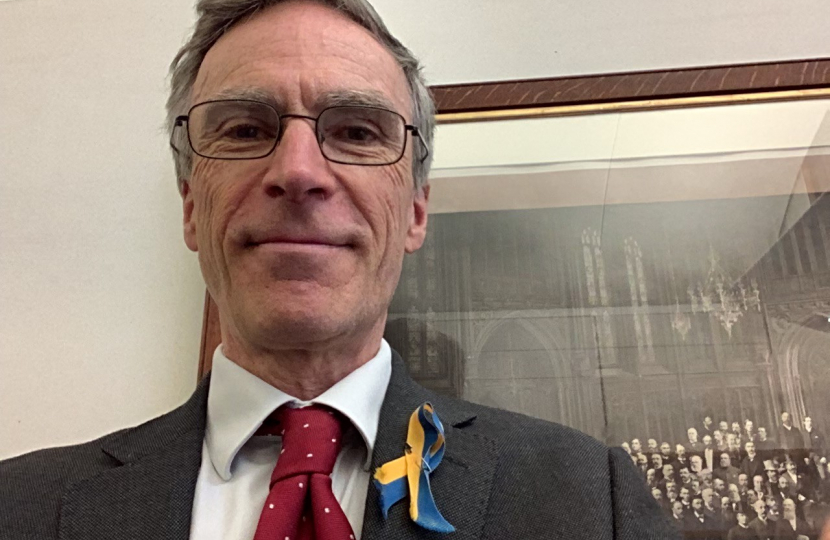 Andrew Murrison is named among a swathe of MPs sanctioned today by the Russian Federation.

He said; "I'm delighted to be sanctioned by Putin. I assume written notification will follow which I'll frame and hang in the appropriate place."

Yesterday, Andrew, a former Foreign Office minister, made a speech on Ukraine in the Commons that was highly critical of Putin and called for the frozen assets of Russian kleptocrats and oligarchs to be folded into a Marshall Plan fund to repair destruction caused by Putin's war. He also called on China to use its influence to curb Putin's aggression before a 'cornered animal' deploys tactical nuclear weapons.

On the cripplingly poor morale of Russian troops, the former Royal Navy Medical Officer who spent time in his Naval career during the Cold War in the North Atlantic in ships searching for Soviet submarines, said;

"From the sinking of the Kursk two decades ago to the destruction of the Moskva and its crew, the Kremlin has shown a cynical disregard for its people and their people."

Andrew cited the moral component of warfare as a reason for Ukraine's military success over its far more powerful adversary.

Photo: Andrew today in his Commons office wearing the pin in support of Ukraine he has been wearing since the start of the war.

Andrew's Blog - Trouble in the House