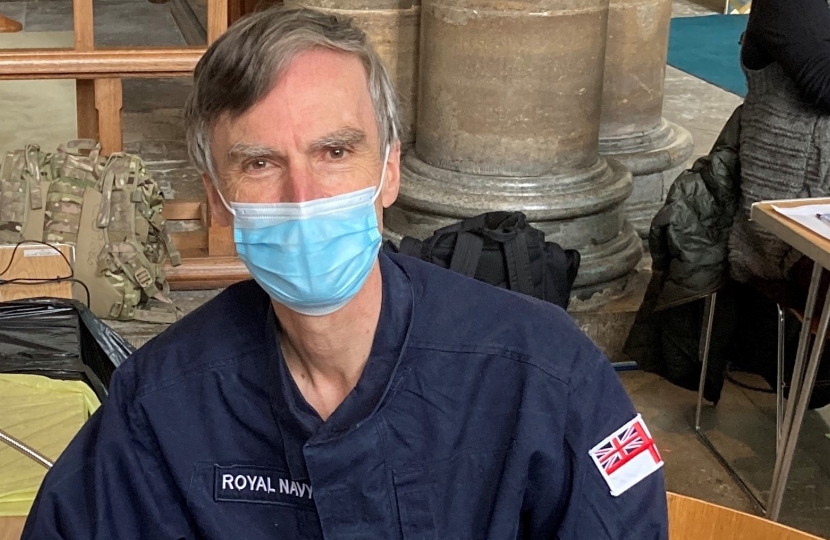 Andrew has been demobilized after 10 weeks leading military vaccination teams of Navy, Army and Air Force medics in South and East London and the South West.

The former defence and foreign office minister, a Surgeon Commander in the Naval Reserves, carried out and supervised thousands of Pfizer and Astra Zeneca first and second jabs.

The military Vaccines Quick Reaction Force was set up to support the NHS vaccination programme.

Speaking after picking up his demob suit Andrew said;

“It’s a privilege to be involved in the mammoth task of protecting the public against covid.

“I’ve been bowled over by the warmth with which military vaccinators have been met by their public and our fantastic NHS colleagues who are doing the heavy lifting.”

This is the reservist and ex regular’s second mobilization - he was called up in 2003, serving as a battle group medical officer near Basra in the Iraq war.