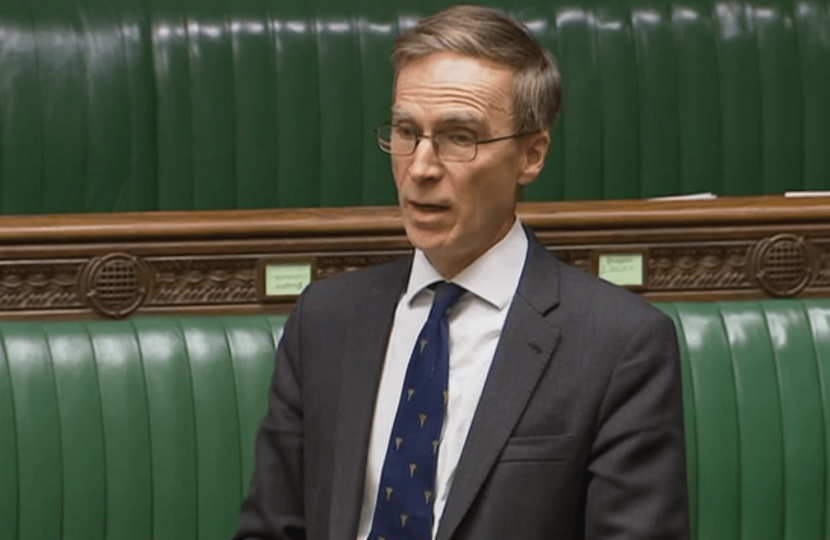 This evening, Andrew spoke in the House to welcome the incoming Parliamentary Administration and Health Service Ombudsman, Robert Behrens, and highlighted the importance of the role in bringing accountability to health services.

Andrew: I very much welcome Mr Behrens to his important new appointment. The PHSO is a vital backstop for complaints about the national health service. Its function is clearly vital to our constituents, and I am sure that Mr Behrens is seized of the importance of his new duties. It seems to me, anecdotally, that the service has become more responsive since 2012.

A great deal of credit is due to Dame Julie Mellor for improving the service, but it is only right to record that the Patients Association does not necessarily share that opinion, and has rightly highlighted its shortcomings as it sees them. In particular, it has highlighted the perceived lack of responsiveness of the ombudsman service, and the perception that the PHSO is on the side of organisations, rather than of individuals. I have no way of telling whether that is realistic, but it is important for Dame ​Julie’s successor to understand such criticisms, and I hope he will seek to work closely with organisations such as the Patients Association in the years ahead. It is also reasonable to point out failings such as the Morecambe Bay catastrophe. The ombudsman did not handle that terribly well in my view and the view of many people who take an interest in these matters.

For the future, I very much hope that Mr Behrens will repeat the review process that his predecessor undertook in 2012 to ensure that the office he holds is maximising its effectiveness—that is a worthwhile undertaking—and that he will consider it carefully. I hope that Ministers will consider the suggestion made by Sir Bruce Keogh that petitioners might complain to the Care Quality Commission at an intermediary stage, thus relieving some of the burden that falls on the PHSO. Over the years, that burden has been responsible for some of the backlog of cases, and the office has recognised that as a major block in the way of its work and the responsiveness that it is able to offer people who complain to it. In conclusion, I commend Dame Julie for her work during the past four years. In particular, I congratulate her on doing more with less as she has found that her resources have necessarily been curbed.