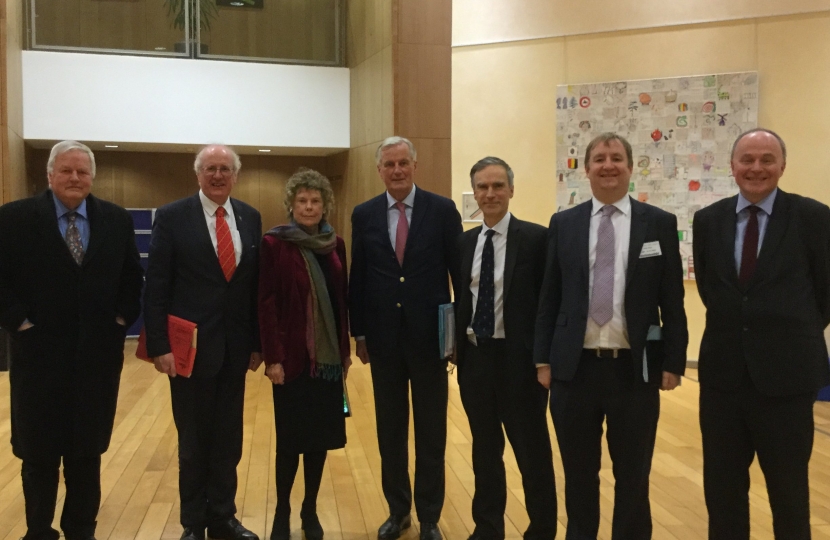 Accompanied by members of the Northern Ireland Affairs Select Committee, Andrew met with the European Union's Chief Brexit Negotiator, Michel Barnier, yesterday to the discuss the issue of the Irish land border during the Committee's visit to Brussels.

The Committee is taking evidence to inform its inquiry into the crucial Northern Ireland dimension of the UK's departure from the EU. During its brief visit to Brussels, the Committee also met with the UK Commission, Sir Julian King, the UK Permanent Representative to the EU, Sir Tim Barrow, and the Irish Permanent Representative, Declan Kelleher.

'It was invaluable to harvest the views and perspectives of people in the white heat of the current Brexit negotiations. The authority of the committee's report on this most crucial aspect of Brexit, the border and relationships in the island of Ireland, will be greatly enhanced by our exposure to those in the driving seat.

'Michel Barnier has been involved in Northern Ireland in the past and I sensed in our meeting that he has an understanding of the complex issues and sensitivities involved which is not necessarily the case with some of our European interlocutors.'