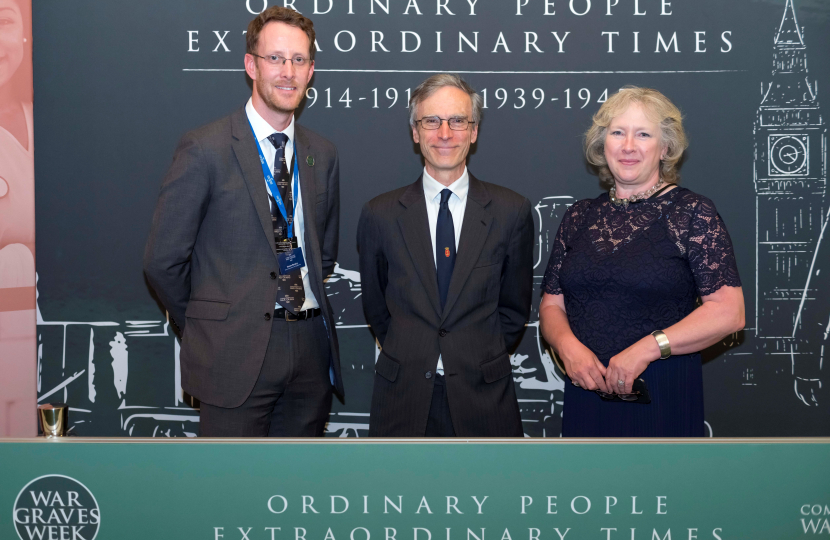 Andrew is calling on local residents to discover the World War heritage on their doorstep by embracing War Graves Week, 21 May to 28 May – an initiative from the Commonwealth War Graves Commission (CWGC).

War Graves Week will encourage local residents to learn about the stories of those commemorated by the CWGC in Wiltshire and the skills, dedication and expertise of those CWGC staff who work to keep their memory alive.

Residents keen to learn more about the remarkable stories of the men and women of the Commonwealth forces who died in two world wars and other conflicts who are buried locally can visit www.CWGC.org and visit the cemeteries in person. War Graves Week provides a unique chance for people to connect with their local history.

At CWGC.org, residents can learn about the Ordinary People, Extraordinary Times project – the focus of this year’s War Graves Week. Alongside the front-line armed forces, the CWGC will be celebrating the value those who served during the World Wars brought to key sectors such as healthcare, logistics, infrastructure and communications, and the parallels with today’s global Britain which they helped to create. To learn more about specific stories of those who served, please click Find Commonwealth War Records | CWGC

Andrew said: “There are lots of war graves in our area, notably in Codford and Sutton Veny but also across South West Wiltshire. War Graves Week is an opportunity to connect with local history and learn about courageous ordinary people who made the ultimate sacrifice.”

Andrew is pictured with CWGC Head of Education and Engagement and west Wiltshire resident Simon Bendry and Director General Claire Horton at a drop-in event in the Commons on Tuesday to present War Graves Week. Andrew said: “I was delighted to meet Simon again who I worked with when I was adviser to the Prime Minister on the centenary commemoration of the Great War”

Andrew's Blog - Vote of no confidence