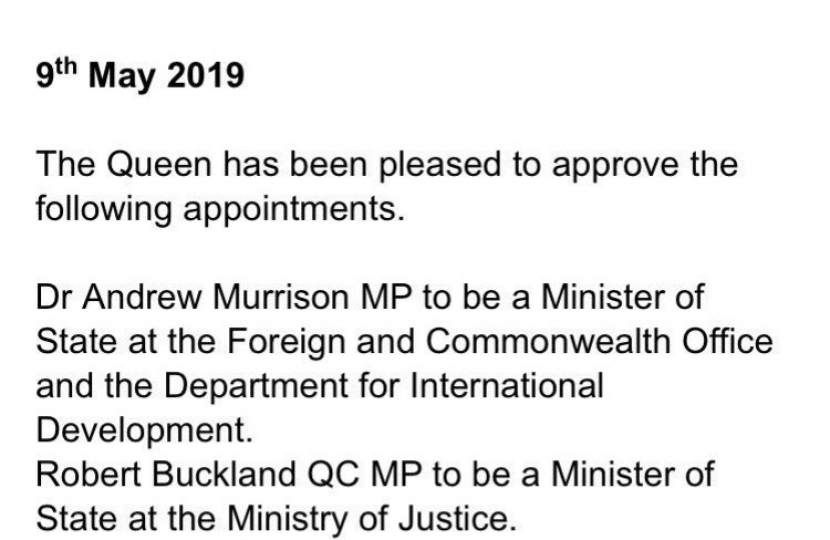 Downing Street has announced that South West Wiltshire MP Andrew Murrison has been appointed Minister of State at the Foreign Office and at the Department for International Development. Dr Murrison is to join the Privy Council.

“I was delighted when the Prime Minister asked me on Thursday to serve again in government, particularly in a capacity that links two truly remarkable departments.”

The appointment means he will step down as Chair of the Northern Ireland Affairs Select Committee, a post he has held since 2017 and which has been particularly busy given Brexit and the lack of devolved government at Stormont. Andrew said;

“The past two years have been enormously rewarding. I will hugely miss my work leading the Select Committee at such a challenging time. Northern Ireland is and will remain extremely important to me.”

Andrew served as a junior minister in the Coalition government, first at defence from 2012 and then at the Northern Ireland Office.