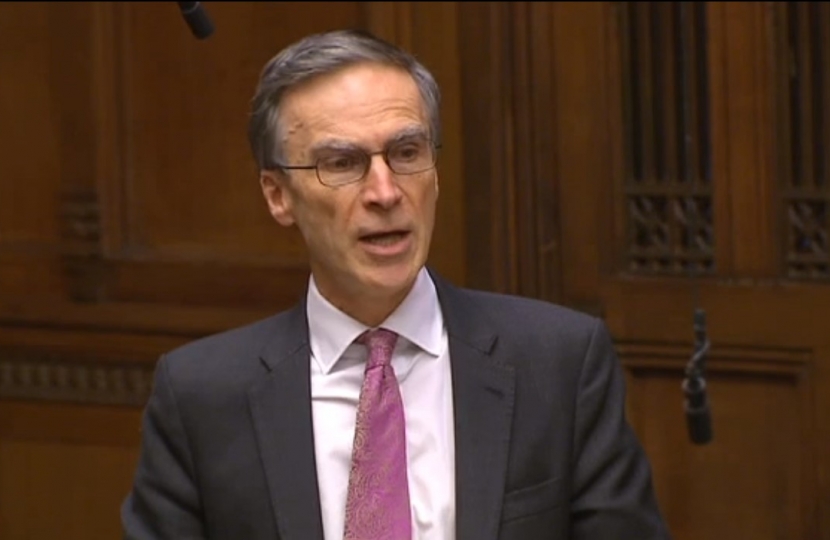 During Prime Minister's Questions earlier this afternoon, Andrew asked the Prime Minister to expedite the clean-up in and around Salisbury following the release of the nerve agent, Novichok, by Russian officials.

He asked: "At Thursday’s recovery meeting in Salisbury, the public were told that nine Novichok hotspots remain in and around the city and that the clean-up may take until the end of the year. In thanking the Prime Minister for her very close interest in this matter, may I ask what more can be done to expedite the clean-up, so that life in south Wiltshire can return to normal as soon as possible?"

The Prime Minister responded: "I thank my hon. Friend for raising an important issue, on which I happy to update the House. First, let me make it absolutely clear that Public Health England has said that Salisbury is safe for residents and visitors, and there is no need for anyone to take any additional precautions. Cordons are in place to protect the public while decontamination work is carried out on the sites he has referred to. After decontamination is undertaken at each site, sampling will be carried out to ensure that the sites are safe to be released back to the public. I assure him that the need to expedite this work is well recognised, but we want, of course, to ensure that it is done in a way so that those sites will in the future be available to, and safe for, the public."