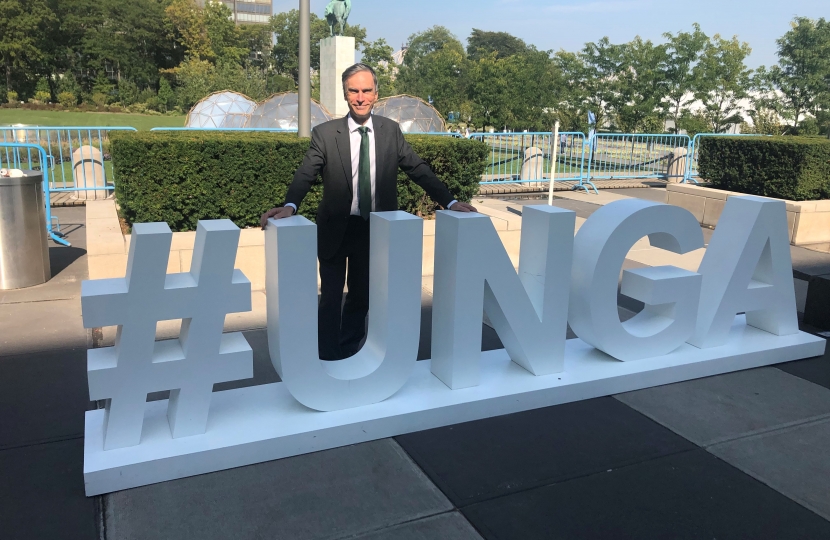 Last night local MP and Foreign Office Minister Andrew Murrison had to fly back from the United Nations General Assembly in New York early and is back in the Commons following the Supreme Court judgment on parliament’s prorogation.

At the UN Dr Murrison was able to speak on a range of issues including the crisis in Syria, achieving Universal Health Coverage in support of the UN’s Sustainable Development Goals and support for the victims of terrorism.

Arriving back earlier today he said;

Photograph: Andrew Murrison at the UN in New York